Winds whisper through what once was Waldheim .... 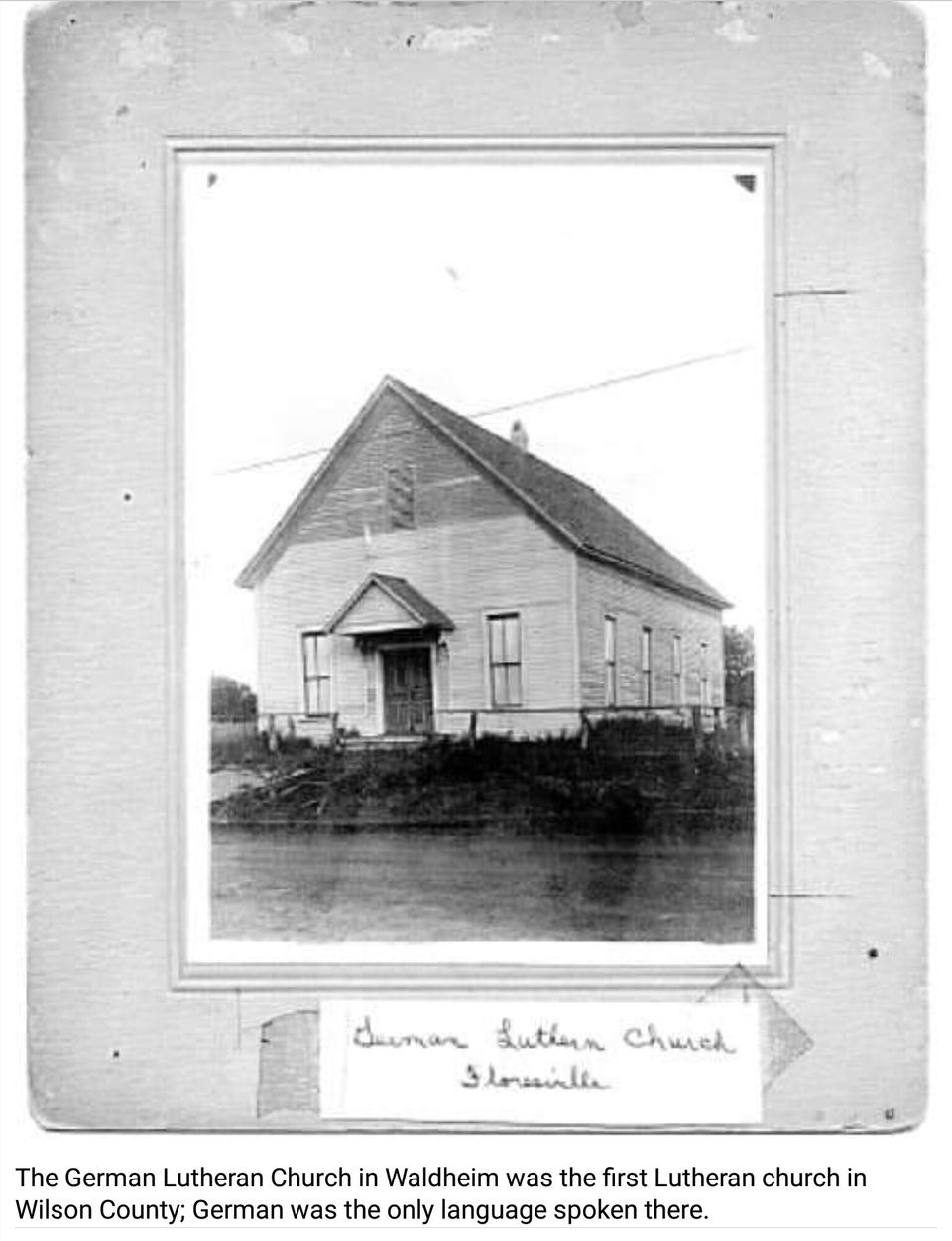 The landscape and the communities of Wilson County have changed through the years. Waldheim, once a thriving community south of Floresville, is no more, except in the memories of the folks who once lived and worked there.

The German community of Waldheim was located 4 miles south of Floresville, on U.S. 181 at what was known as "The Curve." Up until at least 1939, Highway 181 was called Highway 16.

The community of Waldheim founded the very first Lutheran church in Wilson County. This milestone was called the German Lutheran Church and only German was allowed to be spoken there. It served people of the Lutheran faith of Camp Ranch, Floresville, Poth, and other surrounding communities, prior to the Lutheran churches of Floresville and Poth being built in later years.

The Waldheim German Lutheran Church's origin is traced back to Jan. 15, 1899, when a congregation was organized in the home of Carl Voight Jr. A little church with a one-room parsonage was built nearby and dedicated Sept. 17, 1899. This church was considered too remote; therefore, a combined church and school was built, the "Waldeimm Kirchegemeinde," on the George Boening farm nearby, after he moved to Waldheim circa 1906. This building was known to local residents as the "Big Red Barn."

George Boening remained one of the Waldheim school trustees for years, and gave his time to the Wilson County Fair and Chamber of Commerce. It is interesting to note that in 1936, the Boening family was given the "Outstanding Farm Family" award in the Southwestern District, the award coming through the Extension Service Department. 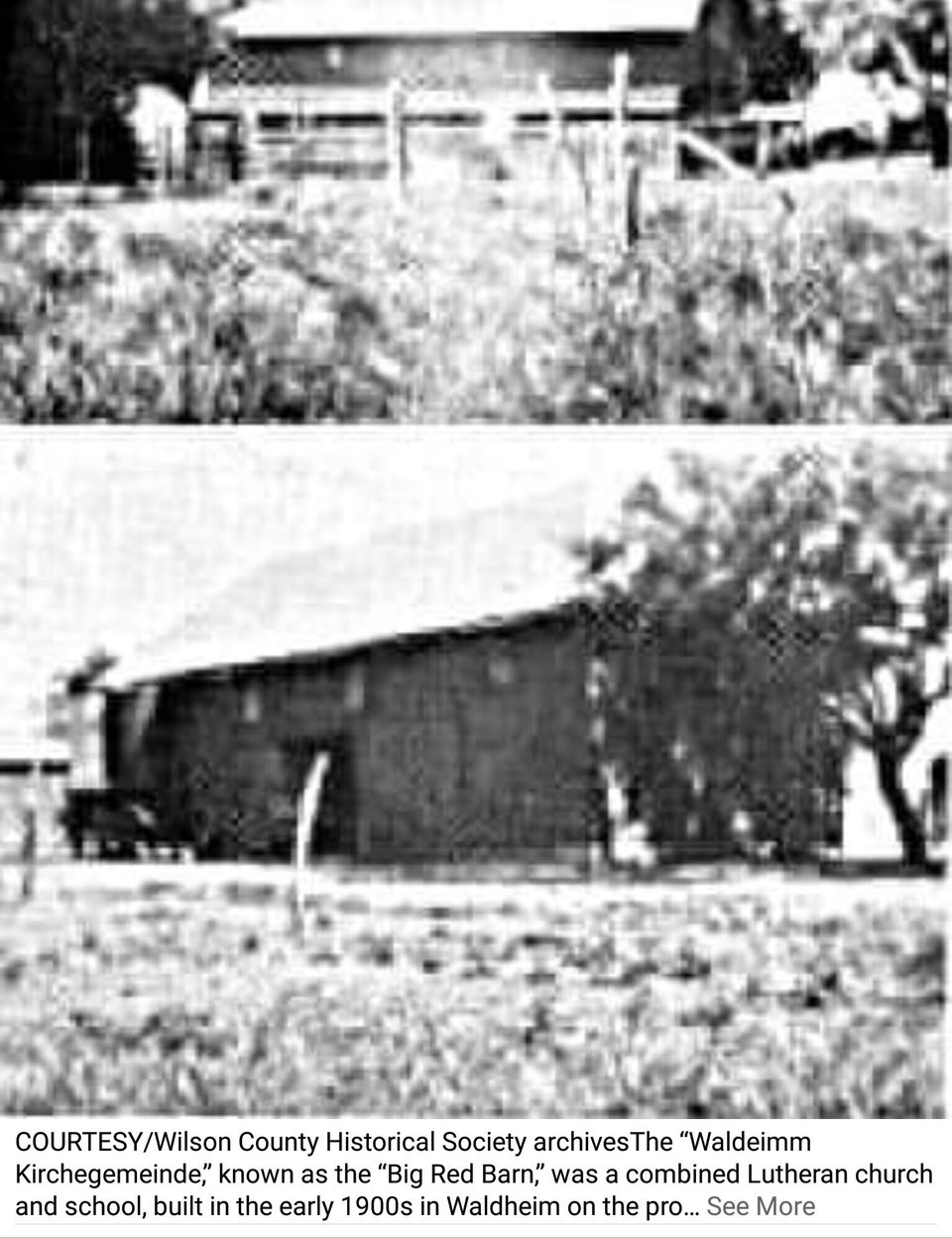 The pastor of the Waldheim church during that time was the Rev. Hans P. Duborg, age 80. He served from Beeville, except for the short time he lived in Waldheim. He was succeeded by the Rev. Herman Drews in January 1902, who served through August 1903. The Rev. Julius Schroeder, who lived in Karnes City, served from October 1903 through August 1918. His son, the Rev. S.T. Schroeder, later served the Floresville and Poth Lutheran churches after they were built.

The community of Waldheim no longer exists, and no physical evidence remains.

COURTESY/Mark Cameron    Mark grew up in the Camp Ranch community, west of Floresville off S.H. 97. A 1978 graduate of Floresville High School, he served and retired from the military as an attack helicopter pilot. Although he lives in Dallas, Mark is a member of the Wilson County Historical Society. Mark is an amateur historian and archaeologist pursuing his desire to share the lost or forgotten history of local places.